Have a wonderful day, everyone. Take care and be happy... 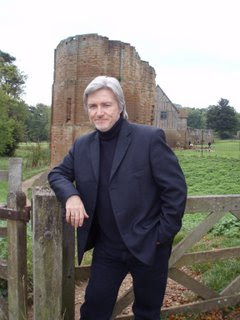 I wonder if that caught your attention . . . Today I'd like to talk about unconscious communication, and while we're here there's a paradox that I find interesting. Are you up for this?

I was flicking through a Michio Kaku book, Parallel Worlds, which I've read before. This time I noticed, in the notes at the back, a time-travel paradox from philosopher Jonathan Harrison. Two well-known basic paradoxes that derive from travelling into the past are 1) someone travels back and kills himself/herself, or 2) he/she travels back and becomes his/her own father/mother . . .

This particular variant appears to combine both scenarios, but the murder happens to the man when he's older in the past, so it’s not a self-invalidating loop.

A young man (Dum) awakens from suspended animation, meets a young woman, fathers a child (Dee). Then Dee and Dum travel back in time together. The son (Dee) kills the father (Dum) and takes his place (after reaching the appropriate age) inside the suspended-animation capsule, and when he comes out of the stasis he calls himself Dum. (As an additional nice feature, the explanation for how to build the capsule and time machine is a manual carried by Dee/Dum in stasis and used when he awakens, and then handed to his son.)

Where does the S*X paradox come in? (Let’s call it the genetic paradox, to avoid internet-nanny filters.) Whenever two adults produce offspring, the DNA comes 50-50 from the man and woman, and yet the man and the son are the same person . . . So while part of you is pondering that, let's talk about unconscious communication.

I was watching an episode of The Apprentice (the Alan Sugar version) some time back, not the most recent season. Being nothing like a TV addict, I just occasionally caught the boardroom showdown, rather than whole episodes. Some other time we might talk about the lessons to be learned by people who have to work in teams and then betray each other . . .

In the boardroom, Sir Alan, having given a particular contestant a hard time, stared straight at him and said: "So should I make you my apprentice?"

And the guy said: "Yes," as he shook his head. I couldn't tell whether Sir Alan consciously recognized the incongruent signals, but he certainly reacted; and the guy lost it in that moment. Which was what the most important part of him wanted . . .

This kind of stuff happens all the time.

There's a deceptively simple technique for dealing with situations which give you a bad feeling. If you focus on the feeling and reverse it, spinning it backwards, you destroy the old representation of that situation. (That’s not enough information to tell you how to perform the technique. It’s derived partly from knowing that nerves habituate to a constant signal, just as you weren't aware of the pressure on the sole of your left foot until just this moment . . . So any persistent feeling, even an internal one, must seem to move.)

So I was talking to someone who’d seen a hypnotherapist to learn how not to have panic attacks, but with only limited success. The patient said the therapist knew “how to spin the feeling in my stomach,” while her left hand pointed unconsciously towards her own head. Too bad the therapist hadn’t noticed where the panic feeling really manifested. . .

. . . And how did your unconscious get on, pondering that paradox? Here's my take on it . . . Let's label Dum's total chromosome set (aka his karyotype) as A u A' (the union of A and A-prime); and the mother's chromosome set as B u B'. Let's further say that the lucky prizewinning Dum-spermatozoa carries the A subset of chromosomes (so A' is discarded). And the lucky egg is carrying the B subset from the mother (so B' is discarded). So the egg, which grows up to become Dee, has chromosomes A u B.

Remember that the splitting of each separate chromosome pair is random, unrelated to what occurs in the other pairs, so that a different spermatozoa and a different egg wouldn't have any of A, A', B or B' as their genetic complement . . . If that weren't true, then all siblings would be identical same-sex 'twins', regardless of age difference.

Now, the Dee/Dum paradox avoids the kind of strange loop that might cause a 'cosmic censor' to prevent the time travel from occurring (since he doesn’t prevent himself from being born – he fathers himself and also commits patricide). But it does require something peculiar to happen at the molecular level, doesn't it? It has to be the case that each chromosome pair splits ‘correctly’, in a very weird fashion.

So it’s not just a paradox at the level of human behaviour, but all the way down to the sub-cellular level at least, and really the quantum level, so that the requisite ‘random’ events occur to fulfil the loop.

Mind you, I got an entire story (Timeslice) out of considering that time travel into the past might be impossible, but that travel into the future might still be allowed, and interesting . . . And speaking of unconscious cognition, my equally old story, A Bitter Shade of Blindsight, is really about dark matter and extra dimensions, and the idea that we can only perceive (maybe) a tiny portion of reality, as if we are ghosts drifting through a solid house filled with interesting people invisible to us, as we are to them. As a literary experiment, I left out huge chunks of that explanation (in line with the idea itself); and I don’t think the experiment worked, though there were aspects of the story that worked all right.

I’m not sure if this new novel I’ve heard about, Blindsight, uses something similar. In fact, I don’t believe I’ve read any first-timer’s SF novels this year. Anyone got any good recommendations?

In fantasy, I adored Joe Abercrombie’s first two books, The Blade Itself and Before They Are Hanged. I meant every word of the praise-filled blurb I wrote for the US editions. And in mystery, Gillian Flynn’s Sharp Objects is a nicely disturbing read. As for horror, Joe Hill did one heck of a job, and I’m a big fan of his dad’s work.

I’m going to sign off with one of my favourite quotations, which comes from Isaac Bashevis Singer: “We have to believe in free will. We’ve got no choice.”

Or as a long-term vegetarian, I might add (on my way out the cyber-door) another of his sayings: “I did not become a vegetarian for my health, I did it for the health of the chickens.”

Be well, my friends