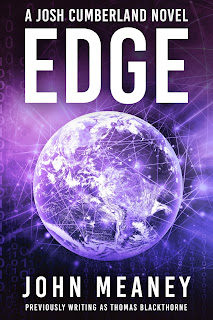 In part to whet the appetite for my new contemporary cyber thriller, Destructor Function, I have two books about to appear in fresh, revised editions. For the first time under my real name, Edge and Point are about to reappear. 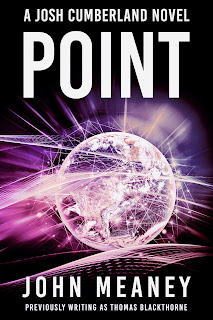 On the other hand, the political backdrop to Edge and Point seems even more, well, pointed than before, especially the off-stage events in America. The story's setting, though, is near-future Britain, a world of flash floods and whirlwinds and electrical storms, of political corruption and a legalized knife culture, but still a place where people, for the most part, just get on with their lives.

Josh is tortured by family tragedy, and Eric Brown, reviewing Edge for the Guardian, used some very kind words to describing him, including "a masterclass in characterisation".

My new protagonist Case, appearing shortly, is less embattled than Josh, but his mind doesn't quite work like other people's, and that creates a different kind of tension.