I'm not much for this self-promotion thing, but Destructor Function is on special offer at 99p/99c on Amazon until 30th January. If you're a Kindle Unlimited user, then read it for free, along with Edge and Point...

If you want to know what I'm working on right now, this here cover design is a hint: 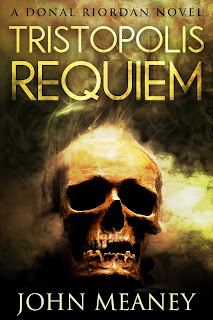 I'm maybe a fifth of the way through the 2nd draft, and taking it slowly. But yes, Donal Riordan returns...


I live in a Welsh valley these days, but I love travelling and cityscapes can still impress me. The resurgent Canary Wharf is dominated by the world of high finance. Among the towers sits Reuters Plaza, setting for several scenes in Destructor Function. On the building you can see the day's headlines scrolling past. 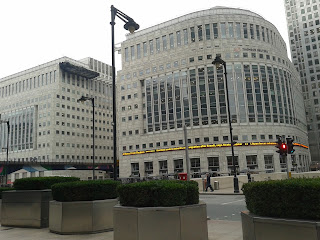 This is where Case and Dominika learn of the explosion in Oxfordshire.

The dojo where Case trains is loosely based on the old Marshall Street dojo of the late Enoeda sensei, where I was fortunate enough to train every week from February 1989 until sometime around 1996 or '97, when my attendance became spotty due to working at client sites away from home more and more (as opposed to four and a half hours minimum per day spent commuting between my house, some miles outside Tunbridge Wells, and London). That was when I was still working for Europe's largest software consultancy. And getting my first stories and novels published.

Nowadays, I mostly train in my back-garden dojo: 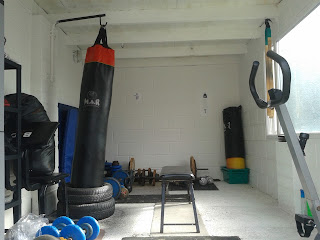 It's a breeze-block shed (in the US one would say cinder block), which means no heating in winter and no air-con in summer, but it suits me just fine.

But if I'm staying in a hotel, then my hotel room becomes my dojo. Or some quiet spot outdoors.. because, as Yoshiko mused back in my first book, it's the discipline you carry with you that makes you feel at home.