Does it break some fundamental rule of marketing to publish two new books on the same day? Most likely... 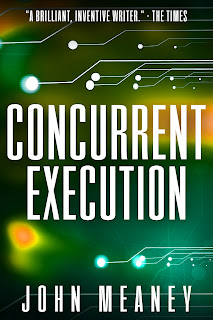 From award-winning author John Meaney comes another exciting thriller set in the interzone between physical and cyber action.

Case and Kat work the deadliest missions for IACS. But when Case becomes a target and his own agency's systems are compromised, how can he and Kat prevent a deadly series of attacks? Preferably without dying in the process.

And a short thriller, technically a novella: 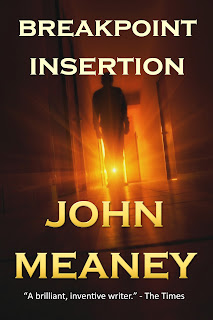 It was supposed to be a military training exercise, but when an explosion lights up the night in Scotland, special forces cyber specialist Case is plunged into a new kind of operation against Russian covert specialists operating on UK soil. Can he survive the murky world of dark secrets and violent, sudden action?

A short thriller featuring Case during his time as a member of 18 (UKSF) Signals Regiment, the cyber-savvy arm of UK Special Forces, before he became an operative of IACS.