On the theme of reusing other media, did anyone notice when Neal Asher's German publishers used the artwork from PARADOX as one of his covers? How many people noticed that the running guy only has one arm?

We've been seeing trailers for FlashForward here, which is airing next week. Has anyone else noticed that the music is from Spooks? Not the main theme, but one of the recurring pieces they use to keep the tension up.

For US readers: for Spooks read MI5.

It's just one social whirl, the writing life. Every autumn I go to the Gollancz party, whether I've recovered from the previous year or not!

So this one, on Thursday, was terrific. Of the lovely writers, I got to hang out with Peter Hamilton, Steve Baxter, Joe Abercrombie, Suzanne McLeod, Alex Bell, and the wonderful Jainne Fenn.

Catching up with my friends, I got to talk about the other big thing in my life. (By other, I mean other than meeting all my deadlines. Yikes. I'm three-quarters of the way through the 2nd draft of EDGE, and I have to hand it in next Thursday. Time to start taking the coffee intravenously.)

Now, all you Brit fans will remember Bob Shaw and his incomparable Serious Scientific Talks. At one con, not in an SST, he said that it was curious how fictional characters can swoop around the galaxy saving civilizations, while in real life, moving house is a major trauma. And he's right, because we're starting that process rolling.

As a globetrotting IT consultant, there have been periods of time when I've lived out of a suitcase; but it's been the same home to go back to for decades. And now we're thinking of moving to the Welsh wilderness! (I checked: there's a Starbucks ten miles away.)

Actually, I can pronounce diolch yn fawr correctly. That's also about fifty percent of my vocabulary right there.

IT'S A MAN IN A DRESS

No, it's transvestite comedian Eddie Izzard, who has run 43 marathons in 52 days and says he might run for office as an MP or MEP in the future!

This is the man who assumes you get all the references when he tells his Pavlov's Cats story. When he does his "plume de ma tante" sketch about language teaching, there is (I sorta remember) a hidden joke that works if you happen to know that "poule" has two meanings, one of which is "prostitute". Please don't ask how I know that...

In the absence of a Schroedinger's Dog sketch, Eddie Izzard in parliament would be just about perfect. What would he wear?

ALL HAIL THE METAL OVERLORDS

...who are publishing Thomas Blackthorne, my new secret identity, so shh, don't go telling all your friends all about him! Or me...

The official publisher's announcement is right here. Read all about my "vicious but deeply moral" books! 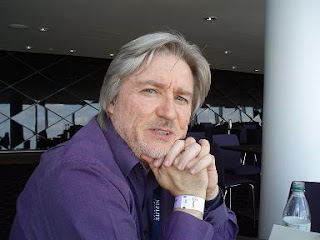 The writing life is going into overdrive. I have just signed a two-book deal with the splendid Angry Robot, a division of HarperCollins. These are the first of my near-future thrillers to appear under my new pseudonym of Thomas Blackthorne.

Both books will appear next year! Since Absorption, book 1 of the Ragnarok trilogy will also hit the shelves in 2010, I'm going to be just a bit busy...

···EDGE···The world trembles on the edge of phase transition: climate collapse, superpower breakdown. In Britain, the blade generation has grown up. Featuring Josh Cumberland, ex-soldier, ex-Ghost Force, a hard man for the surveilled Web 3.0 world, and his hunt for a missing boy, fuelled by his own family tragedy.

As John Meaney, the Ragnarok trilogy --

···ABSORPTION···Roger Blackstone has grown up on Fulgor, a rich and complex world; but his parents are spies, and he longs to return to Labyrinth, the strange city-world that lies in the fractal ur-continuum of mu-space, the home of Pilots. Centuries earlier, a young Jewess becomes a physics student at the Eidgennössische Technische Hochschule in Zürich, where Einstein so recently taught. While in the eighth century, a youthful Viking warrior called Ulfr comes into his own. All face disturbing enemies, pawns of the same unknowable Darkness; and shocking changes take place.

···TRANSMISSION···Roger takes his place in mu-space; Ulfr wages bloody campaigns; while Gavriela faces more than the rise of Naziism.

I'd like to think the Josh Cumberland books are more literary than the synopses imply, and that the Ragnarok books are way more complex, literary and exciting... By now you'll know the way to make your mind is to get hold of 'em and read 'em, just as soon as they're ready. Please...! 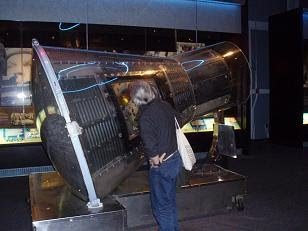 Or what I did when I wasn't writing, over the last few weeks. Last weekend, we stayed with the lovely Chris & Penny Hill, something we normally do regularly, but not this year. On previous occasions, they've used karaoke games to demonstrate that a) they can sing, and b) I can't. This time Chris deployed Rock Band, but the mike wasn't working, so we could only demonstrate my inability to play a device that would like to be a guitar when it grows up. We watched Watchmen, too. Sed quis custodiet ipsos custodies, innit?

Last week, saw a play called Dolce Via, written by my cousin Siobhan Nicholas (her third), starring her and her husband Chris Barnes. Blimey. A blistering performance, to quote one of the critics.

Week before last, I taught analysis and design to a group of code ninjas, pirates and the Duke of Wellington -- actually a team of software engineers, each with a brain bigger than Jupiter. Thanks, guys!

Weekend before that, the wonderful Justina Robson paid a visit with her family, and we had a terrific time. Life's grand, really.